WILLIAM FITZSIMMONS
You Still Hurt Me

William Fitzsimmons dropped ‘Live from the Downtown Studios’ a couple of weeks back…an EP of seven live versions of songs taken from his most recent release, “The Sparrow and the Crow”, an album of hurt and pain that promotes the heartache of longing that I’ve come to expect from him. Let the guitar flourishes carry you along on ‘You Still Hurt Me’, then head over to MySpace to listen to a bit more.

Lightning Dust is side project cobbled together by Amber Webber and Joshua Wells, both members of the Vancouver band Black Mountain. Now, I like Black Mountain, but what Amber and Josh are doing here has nothing to do with the psychedelic rock they put out with the other guys…..‘I Knew’, a frantic love song just leaked off of their second album, is more like fast-paced electro-folk and the way it’s driven along with that synthy, pulsating beat and Amber’s trilling vocal harmonies, it’s kinda reminiscent of the Cocteau Twins. ‘Infinite Light’ drops August 4th, but until then you can check ’em out over on MySpace 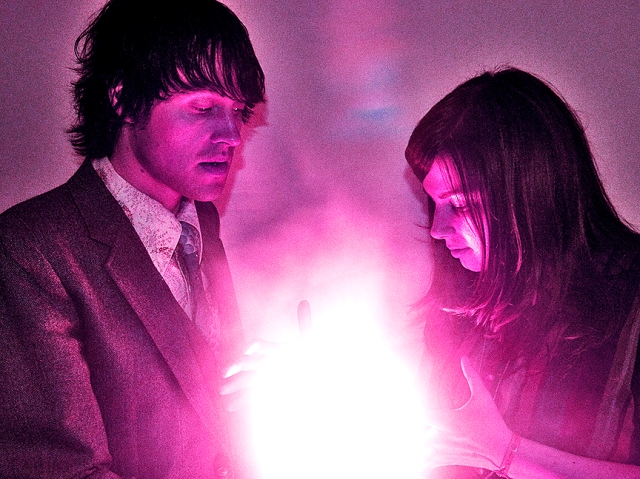 One of my most-played albums from last years was ‘Heavenly Bender’ from Brooklyn’s Sam Champion, so this morning when I found out their guitar player, Sean Sullivan, has a little side project going, I just had to check it out. As Sean Bones, he’s kicking out Ska and Reggae-infused party-pop with a refreshing soulful feel. His debut album, Rings, is set to drop July 21st and you can check him out on MySpace

I’m feelin’ generous, so here’s a previous Song of the Day off of Heavenly Bender…

SAM CHAMPION
Be Mine Everyone 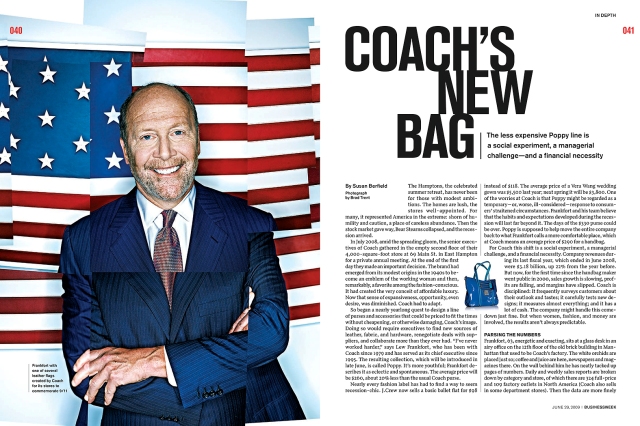 For the second week in a row, I have a feature in BusinessWeek, a story on the new marketing strategy at Coach, featuring Lew Frankfort, the CEO, and Jerry Stritzke, the COO. The story looks great and the best thing was that I got to break out the mosaic-tiling technique I’ve been doing lately….. 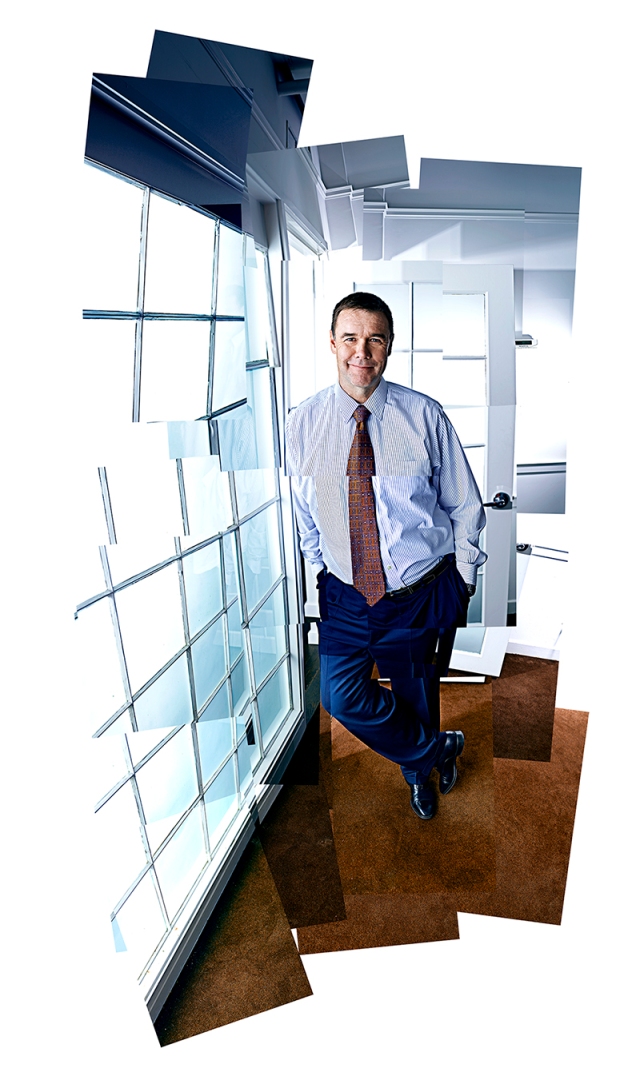 Yesterday it was a ‘Cabin Song’…today it’s a ‘Beach House’…am I on the cutting edge of a new indie music/home improvement trend?!! Seattle’s Cave Singers are set to drop their second album, Welcome Joy, in August and Pete Quirk’s scratchy, nasaly Arlo Guthrie-like vocals are intertwined beautifully among the simple, atmospheric folkie harmonies layed down by Derek Fudesco and Marty Lund…it all sounds so familiar, but in a peculiar way…like a story you had long forgotten…his voice brings it all back into focus. Give ’em a look on their MySpace page 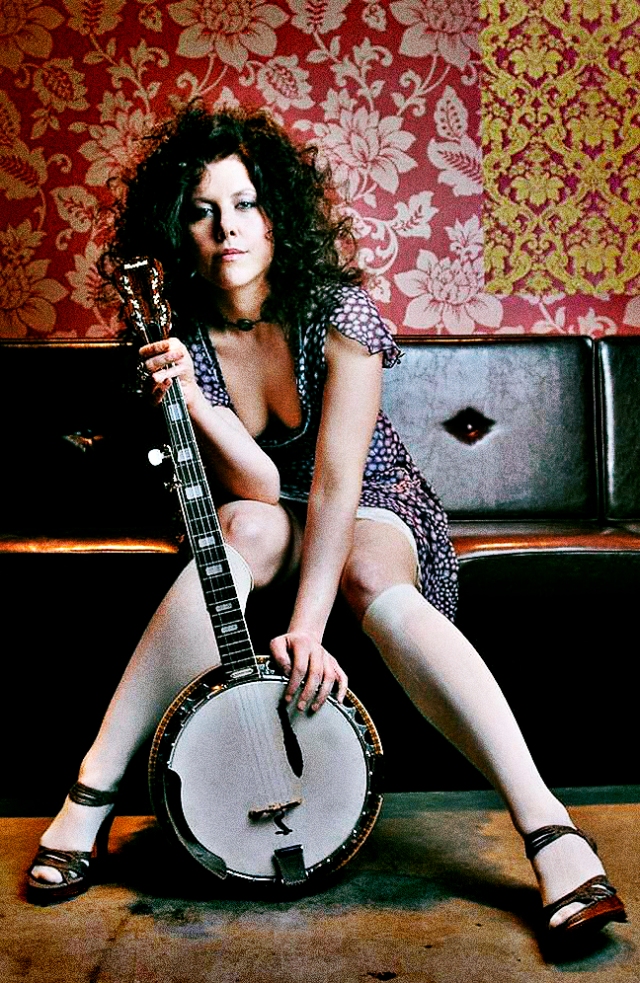 With the pedal steel guitar, country twang and mournful storytelling that dominates “Cabin Song”, it’s probably hard to tell that Vancouver’s Tamara Nile, or T. Nile when she’s on stage, has a musical style that falls a lot closer to Sheryl Crow than full-on Nashville, but on her just released “The Cabin Song EP”, the blend of country, folk, world beats and even electronica really showcases this young singer/songwriter who grew up up in…yes…a cabin on a small Island off the coast of British Columbia. Give her a look on MySpace or at her website

It’s stuff like this that makes the Song of the Day worth it…you come in find a demo leaked off of an album that is probably a year away…and you didn’t hafta work to get it or nuthin’! The Raveonettes are back in Copenhagen recording a new record and they want your input…if you head over to Viceland.com you can download other demo’s a they come available and even get into live chats with Sharin and Sune to let ’em know what you think! Of course, if ‘Tweets’ are more your style, you can also follow them on Twitter but my favorite is still the tried & tested MySpace Page 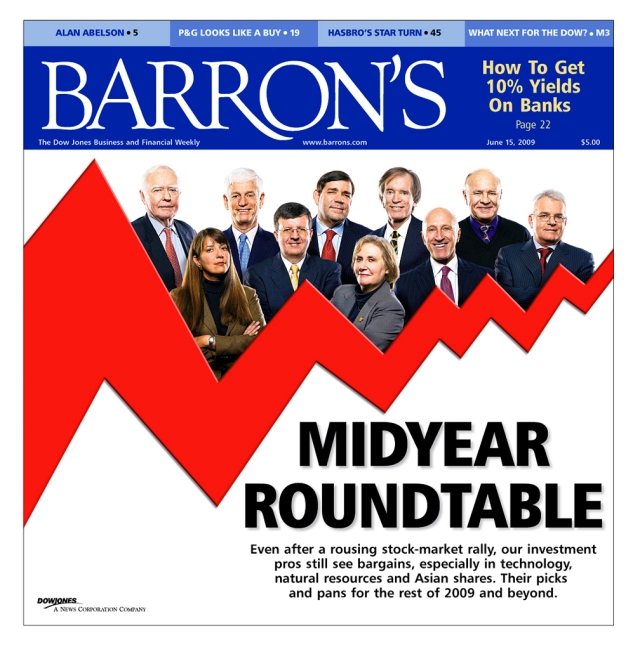 I have quite a few stories in the magazine pipeline, but in this weeks edition of BusinessWeek are the portraits I did of Dr. Daniel Vasella, the CEO of pharmaceutical giant, Novartis….. 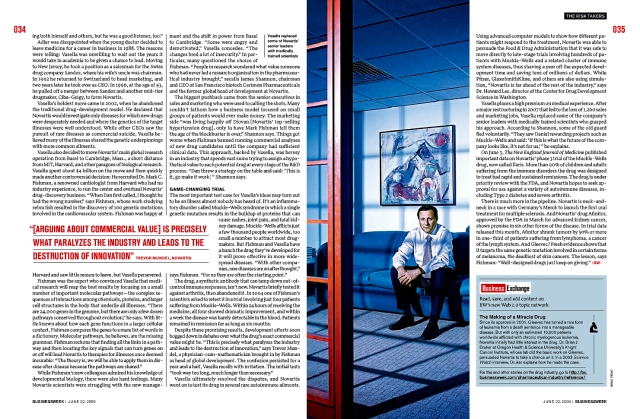 And major props must go to Andrew Horton, BusinessWeek’s Design Director, for his elegant layout. 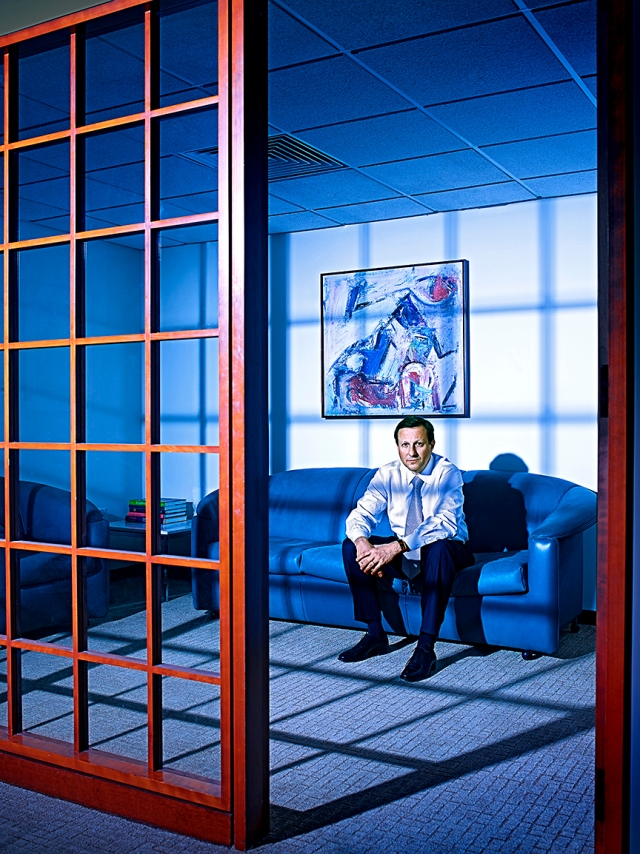 So here is the checklist of Flu symptoms on the TamiFlu website…..

WYE OAK
Take It In

Jenn Wasner of the Baltimore-based duo Wye Oak spins a beautifully bittersweet tale as she whispers, moans and floats through this song, surrounded by a clanging caucaphony of guitars and drums and the pulsing heartbeat of an incessant bassline. “We are both the same…..Unwell…”…since I seem to have the picked up a case of the Swine Flu, this just sort of hit home today! ‘The Knot’ drops on July 21st and is a stunning follow-up to their first album, If Children. Give ’em a look over on MySpace 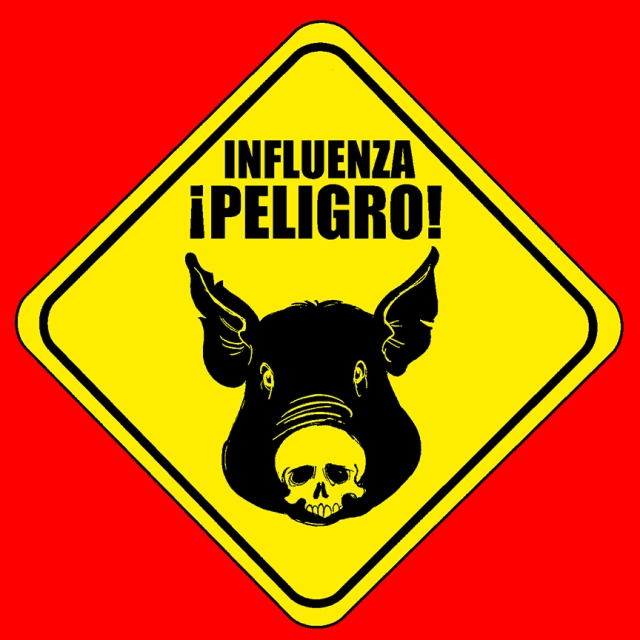 We don’t get much hip-hop here on The List, but I saw Mos Def rockin’ a killer version of ‘Quiet Dog’ on Letterman the other night and just had to pass it along. It was really somthin’ to see him on stage hammering away on two timpani drums, backed up with just a DJ and another drummer…I’m sure you can YouTube it if you’re interested. Anyway, this is off of his new album, The Ecstatic, that dropped this week and if the rest of the album is this cool I just might find myself buying a Mos Def record.

Carbon Leaf, a five-piece based outta Richmond VA, proves that you don’t gotta be young to be indie. They’ve been together since 1992 and over the years have gone from playing backyard parties, mixers, frat and sorority parties to being a mainstay opening act for bigger names like The Dave Matthews Band, O.A.R., Jason Mraz, Blues Traveler and Big Head Todd and the Monsters, all the while putting out amazing music, yet remaining completely off the mainstream radar! Well, they just released their seventh studio album, Nothing Rhymes with Woman, and once again seemed poised to crack outta that opening-act mold and headline for a change. I hate to cop out and immediately draw comparisons to other groups, but on “Lake of Silver Bells”, lead singer Barry Privett’s vocal pacing and the way he hits the high register brings Chris Martin to mind and Terry Clark’s howling guitar can get dangerously close to that of The Edge, but it all just makes the whole thing seem comfortingly familiar. If this gets you going, please…head on over to their MySpace page and give ’em a further look. 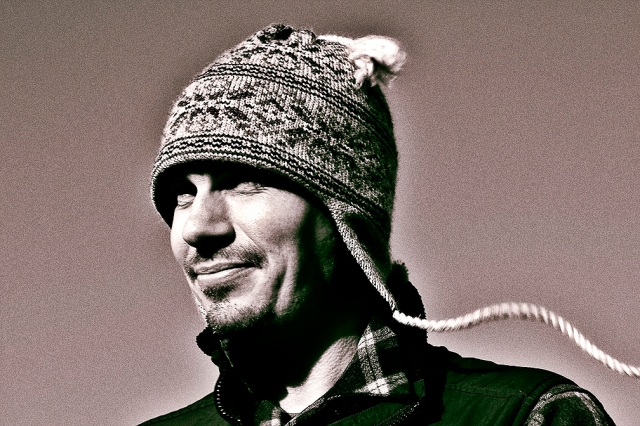 The gently rambling, Simon & Garfunkel-esque fingerpicking acoustic guitars and beautiful vocal harmonizing folkie Reed Dahlmeier has goin’ on in this song is raising goosebumps on my arms! The slight falsetto in his vocal style and the thoughtful, introspective and poetic lyrics will surely have people thinking of Elliott Smith as well, but without all the dark, tortured drama. His new album, “In Case The Comet Comes”, is a record born out of his adventures traveling across the country while living out of the back of a VW Microbus for the past couple of years and will be released June 9th. Give him a look over on his MySpace page or the Reed KD website

WHEAT
Half Of The Time

As soon as I heard Scott Levesque chant “…Half of the time I feel I’m clever and half of the time I just haven’t a clue…” I was on board…what a great, honest lyric! The pride of Taunton Mass. have just completed their latest album, White Ink, Black Ink, due out next month…and I see from their MySpace page, they’ll be playing the Mercury Lounge June 27th…I just might hafta venture downtown to check ’em out! If you like what you hear, head on over to their very cool website…lotsa buttons to push (and more songs you can stream, too).

I’m a big fan of both Swervedriver and Interpol, so I was kinda surprised that the news of the side project Adam Franklin (the Capo di tutti Capi of Swervedriver) and Sam Fogarino (Interpol’s drummer) slipped by me earlier this year without any notice! Magnetic Morning is the band and ‘A.M.’ is the album…it’s a fuzzy, drowsy, drone-filled collection of layered guitars on top of pianos on top of strings on top of even more guitars, plodding drums and walls of reverb that delivers some of the most depressing damned songs I’ve heard in ages! I spent the morning listening to the entire album and I think this is the only one I can send out that won’t make you take a header off of the roof! But if you’re into this kinda thing, you can check it out further over on their MySpace page…..