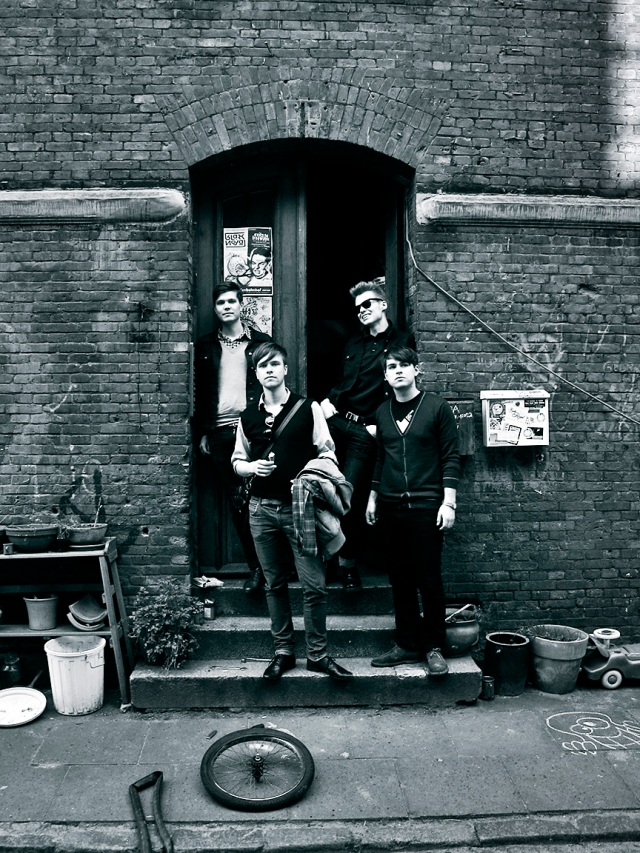 CATS ON FIRE
The Borders Of This Land

I remember once reading that Finland has one of the highest rates of suicide mortality in the World. The sociologists who get off on this kinda thing have ever been able to decisively figure out why, but after studying factors such as seasonality, sunlight duration, temperature variation, Solar radiation, atmospheric acidity, rainfall rates and the quality of beer available to the populace, the facts don’t lie…Finns off themselves more than just about any other nationality on Earth! So it shouldn’t be altogether surprising that Cats On Fire, one of the most popular bands burning up the Finnish record charts, has a sound that so closely resembles The Smiths that you would swear Morrissey finally made up with Johnny Marr and got the boys back together for a jam session! Now I have no proof that either The Smiths or Cats On Fire has ever caused anyone to take a header off the roof, but I would be willing to bet a few sad bastards have had “Heaven Knows I’m Miserable Now” playing while they were tightening the rope around their neck. Lead singer Mattias Björkas’ softly accented falsetto so closely mimics The Moz that one has to wonder if he’s simply doing an homage or if his friends should be prudent and slip an electric razor into his shaving kit. But just like The Smiths, Cats On Fire succeeds at balancing the melancholy with uplifting, happy, complexly melodic and even danceable music. And let’s be honest…how can you not love a song as well written and purely poetic as this? I mean, when was the last time you heard a pop song with a lyric like, “…When you are lowered into the ground, Your friends will set up a memorial fund…”…?!! Oh yeah…when The Smiths were still around……

Check out more of Cats On Fire at their website (where you can also download the A-Side single, ‘The Hague’, for free) or on MySpace