I’ve kinda been neglecting to include any actual photo-related posts lately, but a lot of what I’ve been shooting hasn’t run yet and until it does, it’s gotta stay under wraps, but here is a recent job I did for Barron’s….. 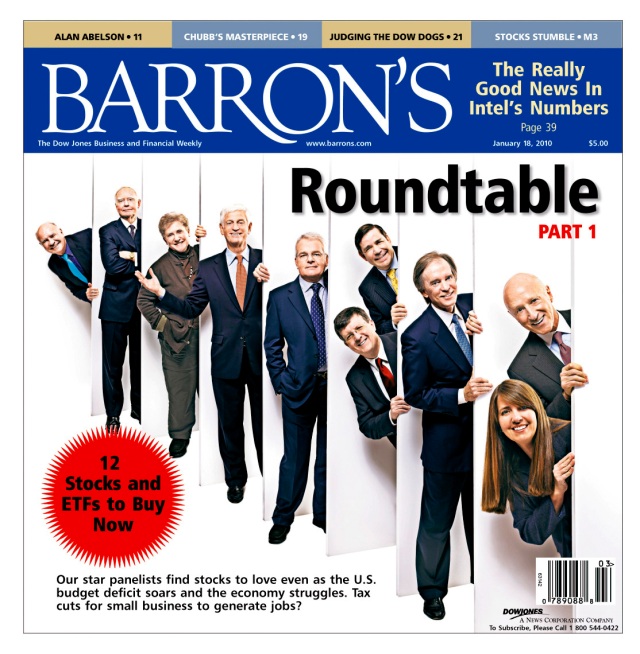 I’ve been shooting the Barron’s Roundtable cover for a lotta years now, and every year the challenge is to reinvent how to photograph these ten fund managers in new & compelling compositions that will work for the cover, an inside spread, a couple of weeks worth of feature portraits and if that’s not enough, another cover that runs mid-year…all in a little over an hour! The entire production takes a boatload of planning before we even show up at the location…this year’s meeting was at The Harvard Club…but the main trick is keeping to a schedule that will allow us to get all that work done with only seven or eight minutes per person. It’s one thing to make an interesting portrait of a person given those time constraints, but add in all of the different final uses, the fact that most of the images will have to be assembled into group shots in Photoshop and the meeting room we were using as our ‘studio’ was so old that there was only one fifteen-amp electrical circuit for the whole room which meant we had to rent just about every battery-powered strobe in Manhattan to light the two sets, when we’re done it felt like we had gone to war!

Since we always do the actual shoot very early in the morning, before the meeting starts, we always give ourselves a pre-light day, and this was what we came up with for our cover test….. 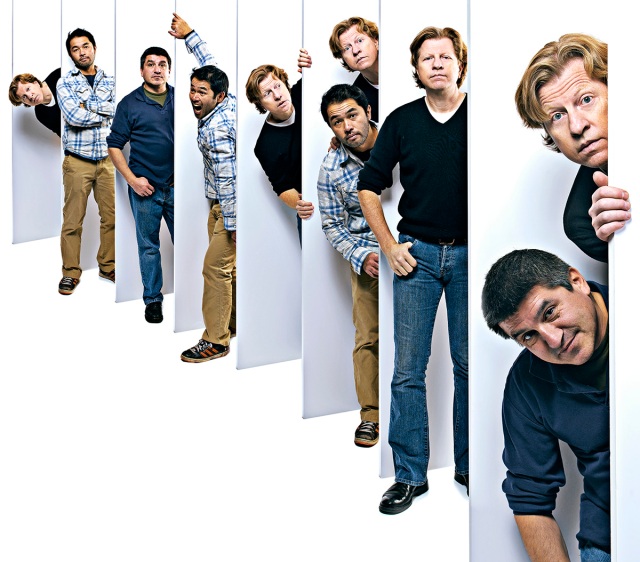 …then, on a second set, we put this together… 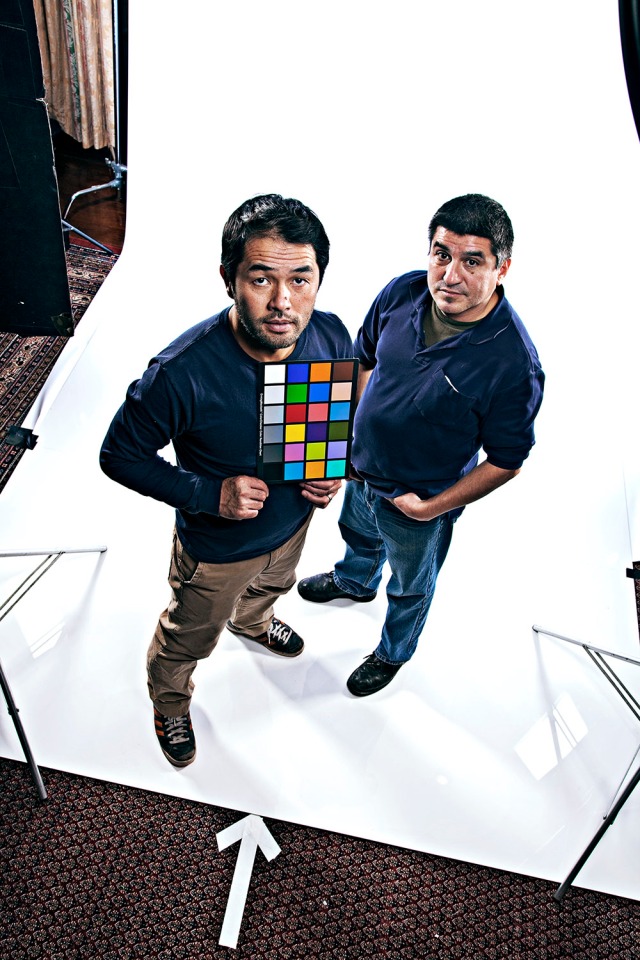 The ‘fun’ part on a shoot like this is always convincing these very buttoned-down investment executives to trust me when I ask them to do whatever it is we’ve cooked up for the cover. This year, the little metaphor we were trying to hammer home was ‘looking around the corner’, so we rigged a few foamcore panels and had each person playing with that idea….. 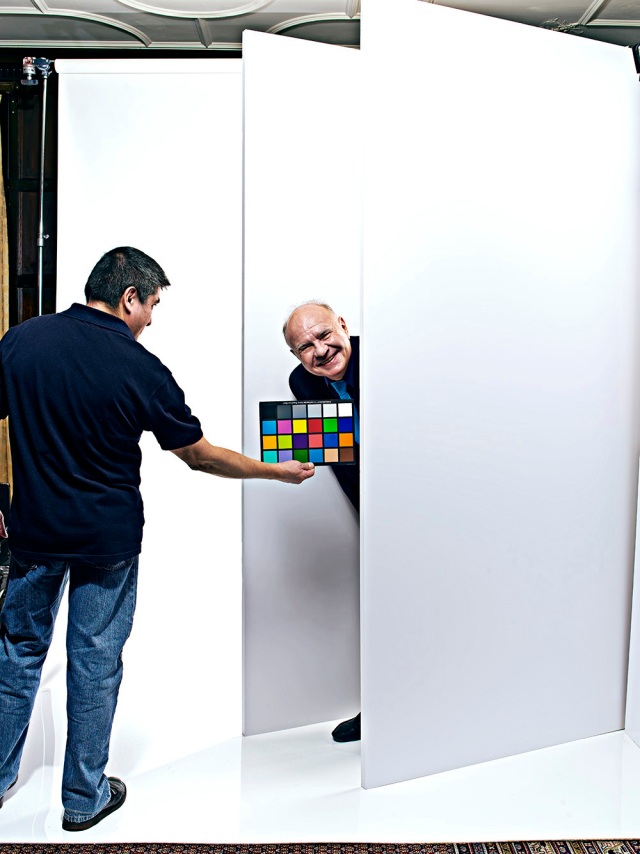 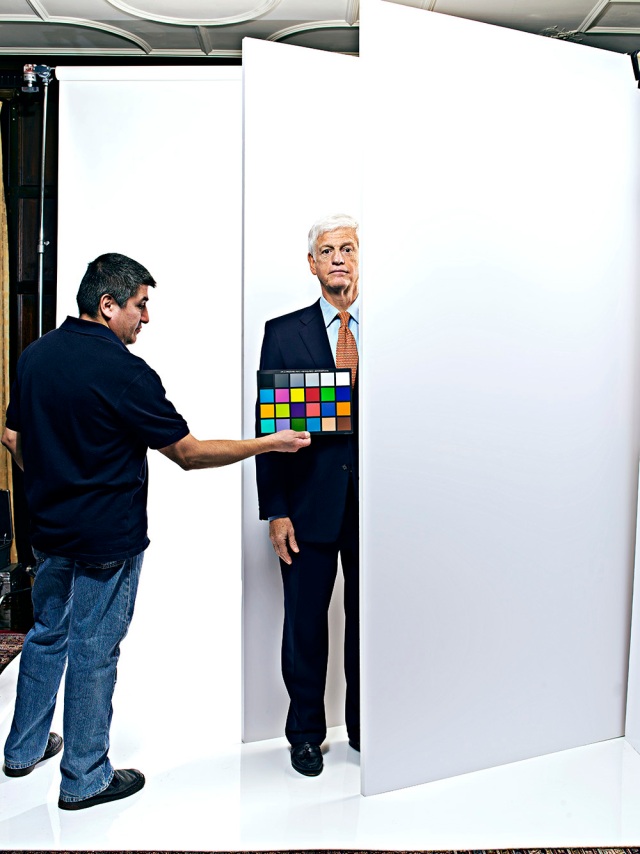 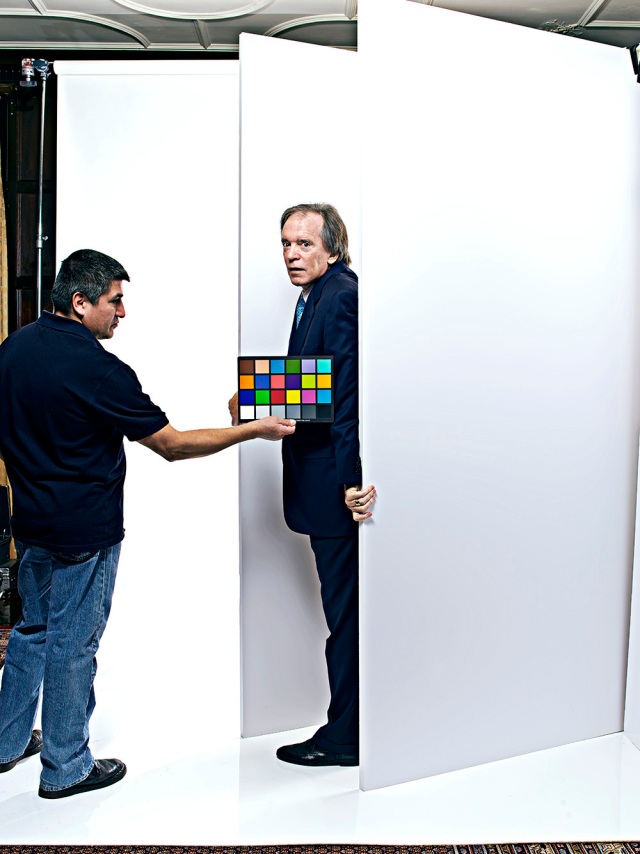 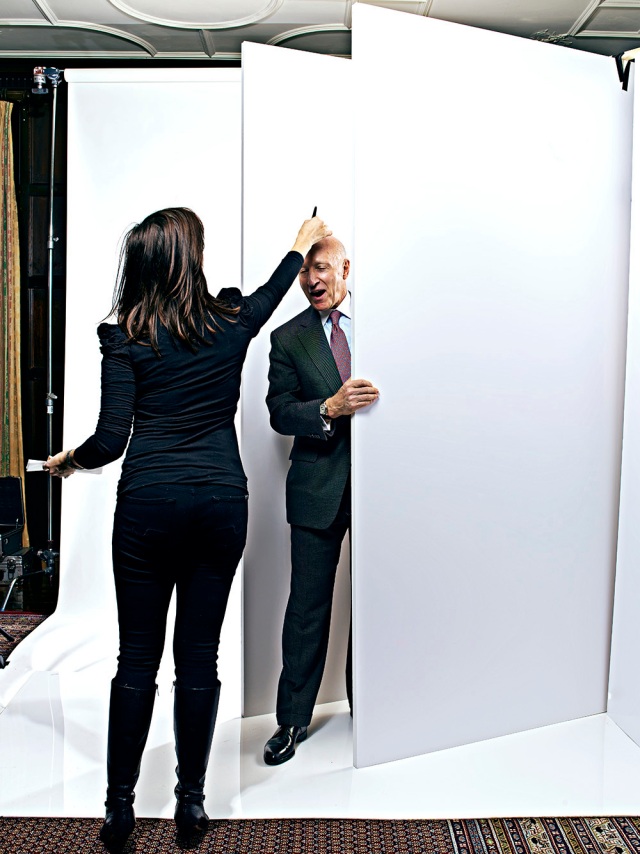 …and Kelly, touching up Oscar Schafer!

All of which came together inside as this Photoshop-realized group shot…..

With that part done, we quickly moved to the second set for a few tighter portraits which would result in these images that ran in the following weeks…… 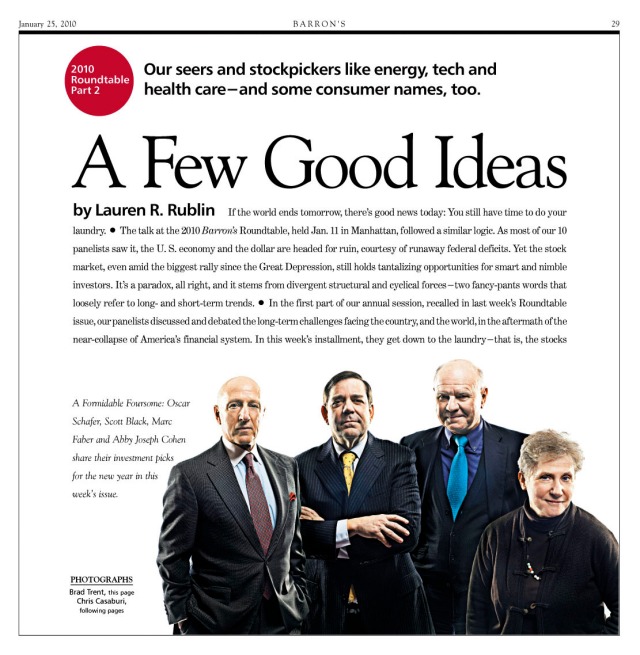 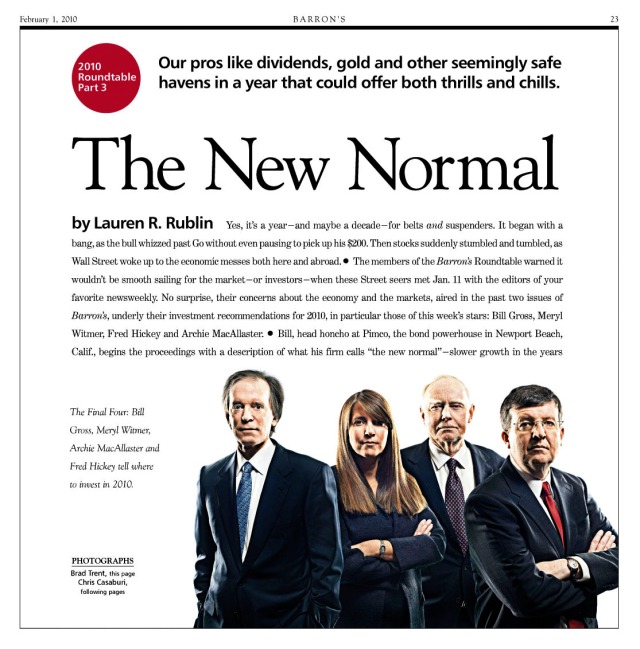