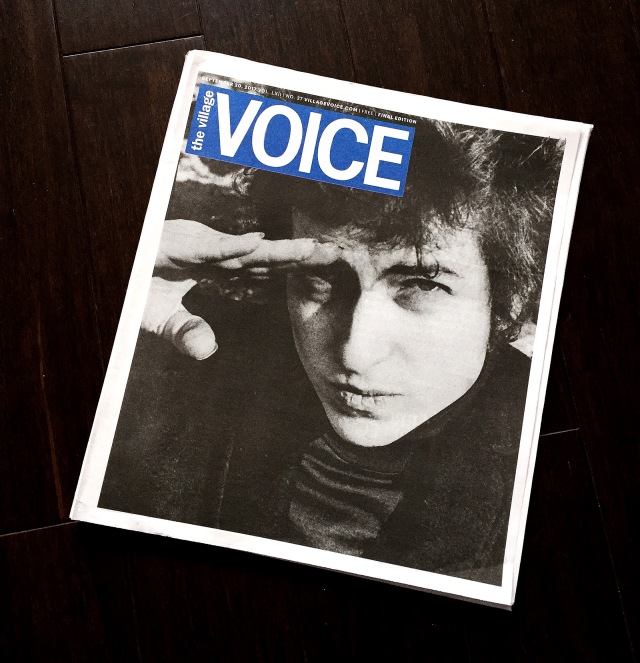 After 62 wonderful years, the final print edition of The Village Voice got dropped into the familiar red boxes on the streets of New York this morning.

Besides looking back at six decades of Voice history, the issue features a photo essay by Celeste Sloman of some the people who have worked for the paper over the years. She shot everyone at a final party that was held a week ago at the Downtown Community Television Center in TriBeCa. Portraits of Robert Christgau, Sylvia Plachy, Michael Musto, Lucian Truscott IV, Peter Noel, Robert Newman, Amy Taubin, Jerry Saltz, Joe Conason, Joe Levy, Guy Trebay, James Hamiltom, Susan Brownmiller, original publisher Ed Fancher and many, many, many more graced 50 pages of the issue. It payed respect to these people in a way never before seen at the end of a publications lifespan. It was gorgeous.

I’ve only been contributing to the collective history of the paper for the past couple of years. My pal Andrew Horton got me in shortly after he became Design Director. It wasn’t a lot, but it was honestly some of the best work I’ve ever done.

I am going to miss The Voice. Terribly… 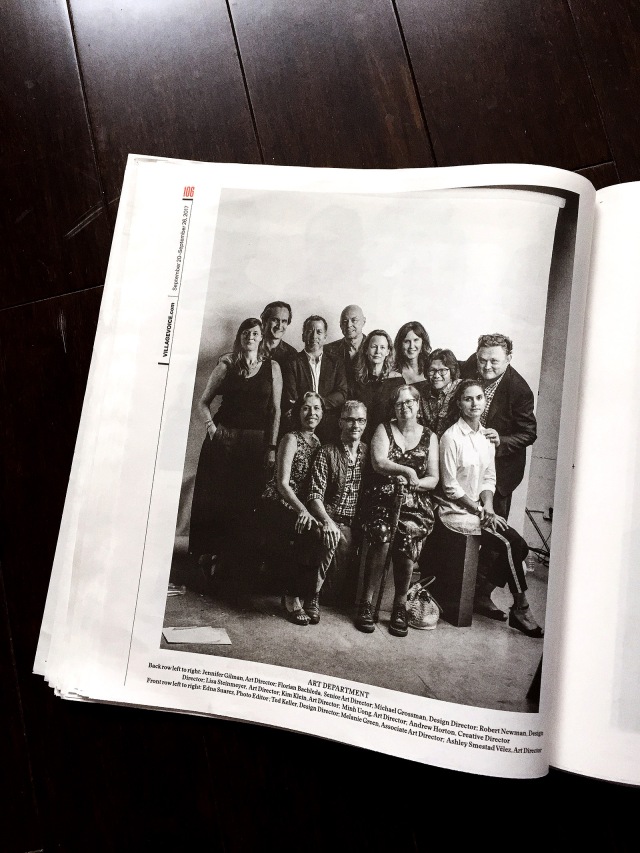