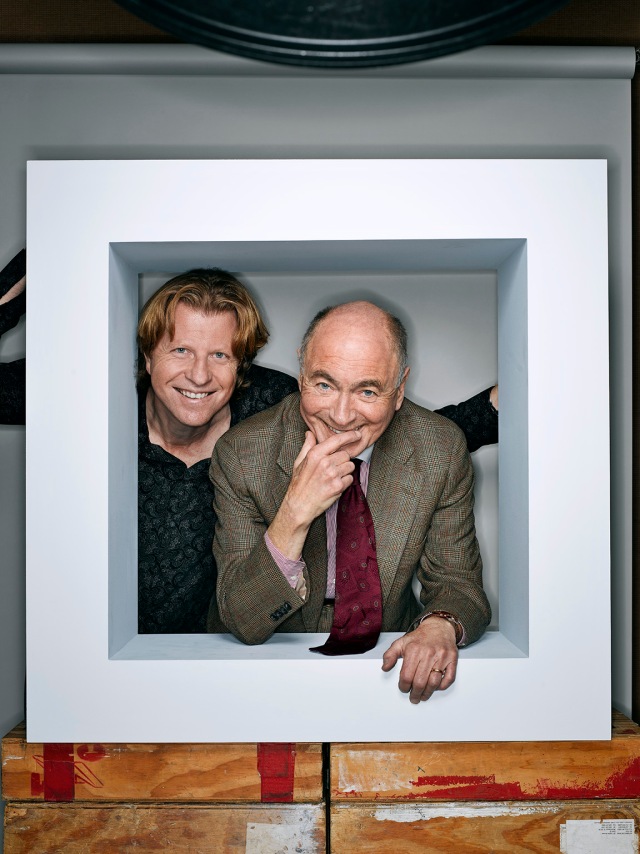 Me and Alan at the 2008 Roundtable

Alan Abelson, the veteran financial journalist and longtime writer of the “Up and Down Wall Street” column in Barron’s Magazine, died last Thursday. The former Editor of Barron’s was a regular member of the panel who quizzed the Roundtable members each year about their predictions on the coming years financial markets, and as many of you probably know, I’ve shot that Roundtable issue for the past seven years. Alan was well-known as being a thorn in the side of Wall Street for his fearless style of journalism. Ben Stein, the writer, actor, economist, and humorist who was a longtime friend of Alan’s, wrote in the American Spectator…

“…His columns were dour, hilarious, insightful. He never bought into the prevailing “wisdom” of Wall Street. It was all about hucksterism and self-promotion. He realized that from the first day until the last. He could and would deflate any balloon, from the dirigibles of the Fed to the smaller ones of hedge funds. There is no one like him now. The rest of us are just ordinary people. He was Superman.”