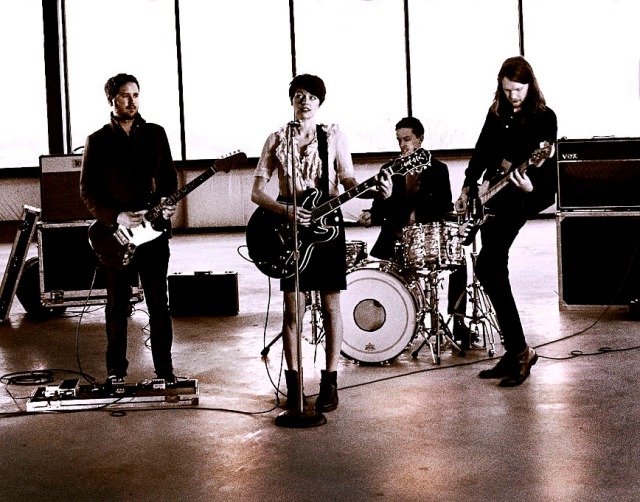 It should come as no surprise to long-time SOTD listeners that with me being back in the groove of kickin’ out free music for you guys, a new song from Kate Tucker wouldn’t be long in coming. Since ditching all her of dear, dear friends in New York for Nashville a couple of years ago, Ms. Tucker has been bouncing between her solo work and the K+NIKKU project with Nic Danielson, but she recently decided to reform The Sons of Sweden with a new group of Sons…Matthew Thompson on bass, Wes Chandler playing guitar and Ethan Place on drums. Kate and the Sons have been recording new material for a while and have just launched a Kickstarter Campaign to help them release “The Shape, The Color, The Feel”, described as a collaborative audio/visual venture to record the album, release it on vinyl, complete with music videos or short films accompanying each song. ‘Hangover’ is the little tease she’s dropping to get you interested, so give it a listen, head on over to the Sons of Sweden Facebook page and hit the ‘LIKE’ button, and if you have a few extra bucks burning a hole in your pocket, don’t waste it on a Powerball ticket…why not help them out on the Kickstarter campaign?

Click HERE and donate until your wallet is empty!