I just searched Twitter for “Brad Trent” and damned if there aren’t 20 other idiots using my name! 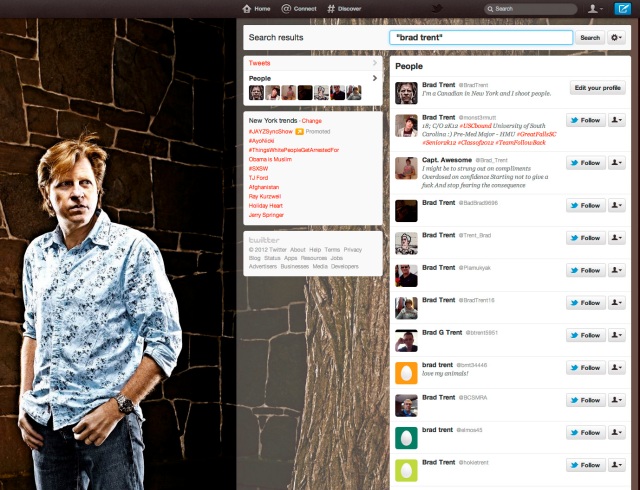 After being called out at dinner last night for being too wired into my ‘Social Network’ via iPhone and not paying enough attention to my actual friends around the table, this just seems like a perfect way to say I’m sorry and I’ll try not to let it happen again… 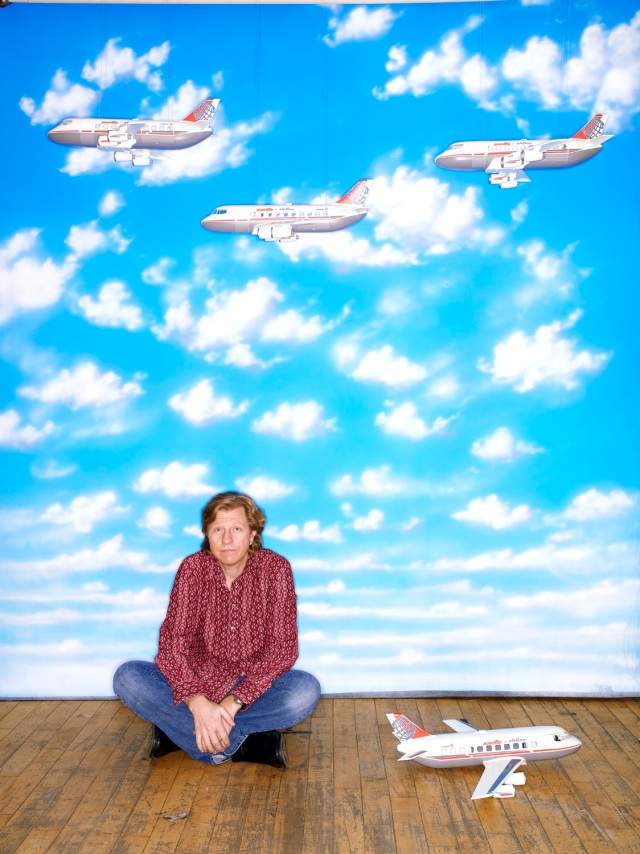 I have always said “Life is good if you love what you do…” and even after all these years (and the occasional bitching and moaning I have been known to do every once and while when things don’t go exactly the way I want) I can still say that I do love what I do. I recently shot a job that could have turned out a lot different if I had simply stuck with the cards that were dealt to me, but instead I pushed a bit and turned a crappy situation into a pretty cool shot.

BusinessWeek SmallBiz hired me to shoot the founders of First Global Shipping…a kind of international messenger service that operates like FedEx, but uses commercial airlines to move their packages. FGX lives up to what SmallBiz is all about…it’s a very small business! When I checked the place out on a scout, I found that they operate their entire operation out of a small, unadorned loft in Chelsea. Nothing glitzy, fancy or even remotely interesting in terms of a photographic setting…so I had to come up with something a bit more showy. I convinced Kathy Moore, my photo editor, that I could pull off a bit of fun, but she would hafta open up the purse…I needed a backdrop and a bunch of airplanes!

When we returned, the only space big enough for our purposes was their ‘light-ops’ area…this is where they log in shipments before they get sent to the local airports for transport. This more or less meant we would be shutting them down for as long as we were setting up and shooting. And of top of everything else, we basically had to push everything in the entire area out of the way and up against the walls in order to make the space usable. 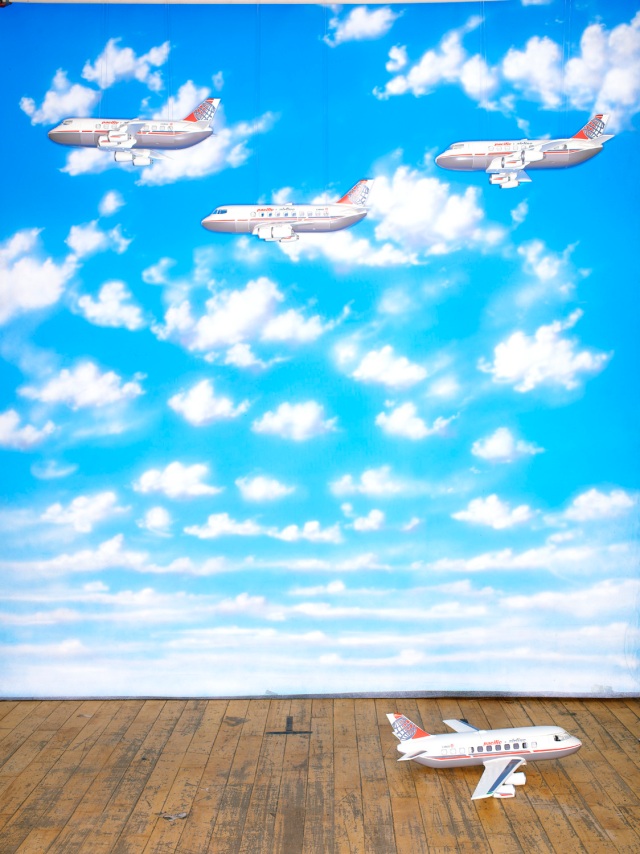 With the background in place, we then had to suspend the toy airplanes…..I hafta admit…this part of the exercise was not thought out as well as it could have been, but I always carry way more stuff than I need and we managed to rig everything…eventually!

Bo & Kaz as stand-ins….notice how Bo never looks at the lens when I fire up the ring light! 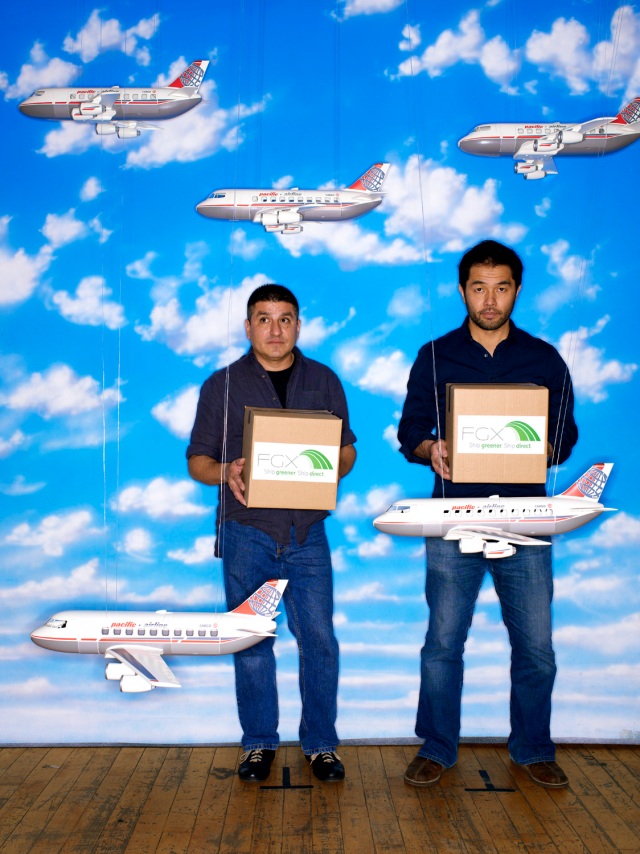 The two founders of FGX, James Dowd and Justin Brown, were really into the whole idea…..small business guys are like that…they don’t have a team of p/r guys overthinking every little thing that may or may not happen based on what they do in the public eye. I can guarantee the Chairman of FedEx wouldn’t pose with toy airplanes! But FGX ain’t that kinda company yet. In fact, their communication manager, Chevon Drew, was Twittering the entire time we were shooting and later put the whole thing up on the FGX Blog! 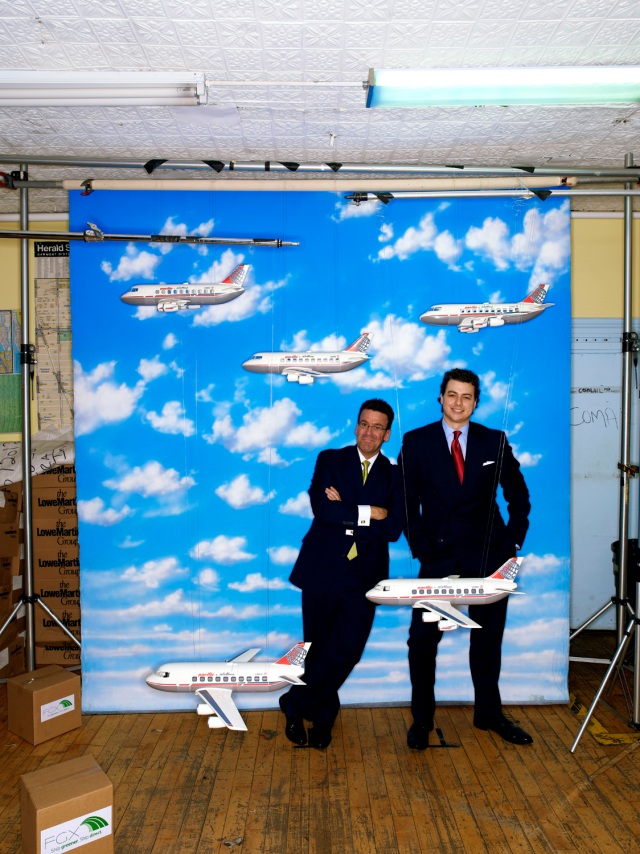 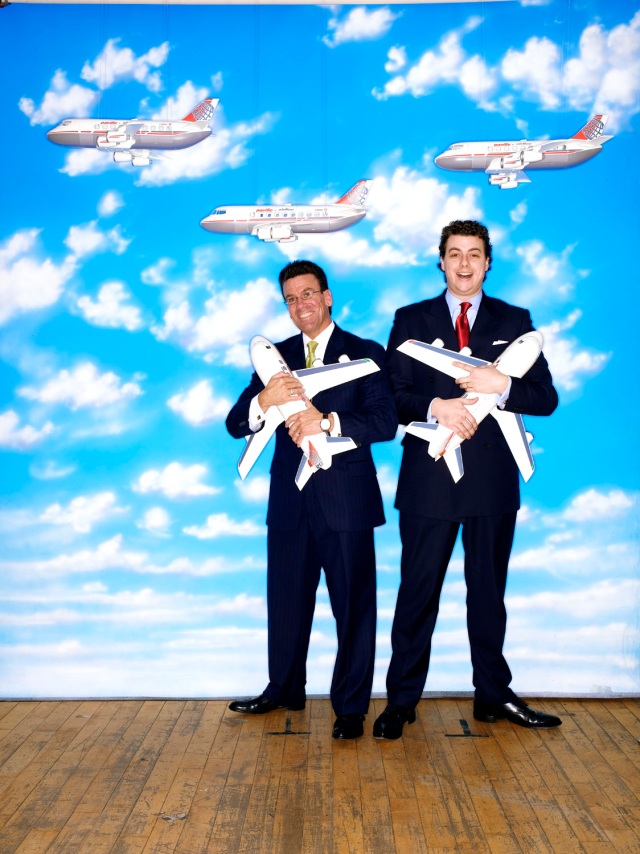 The story came out this month in SmallBiz…..you can check it out…HERE!

And this is how it all came together in the end….. 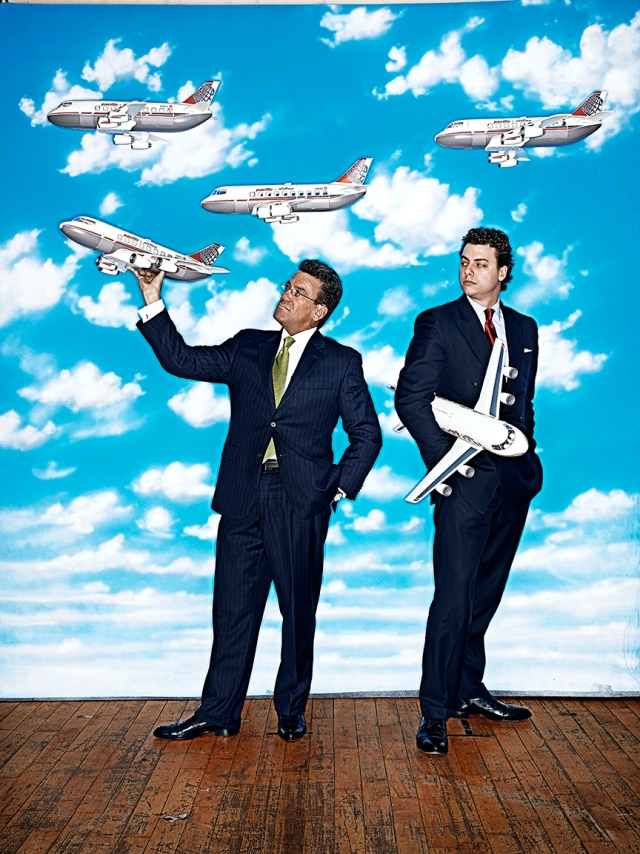 To see the BIG version of the final image, click HERE!

Long day…fun shoot…and I still get off on how I make a buck! 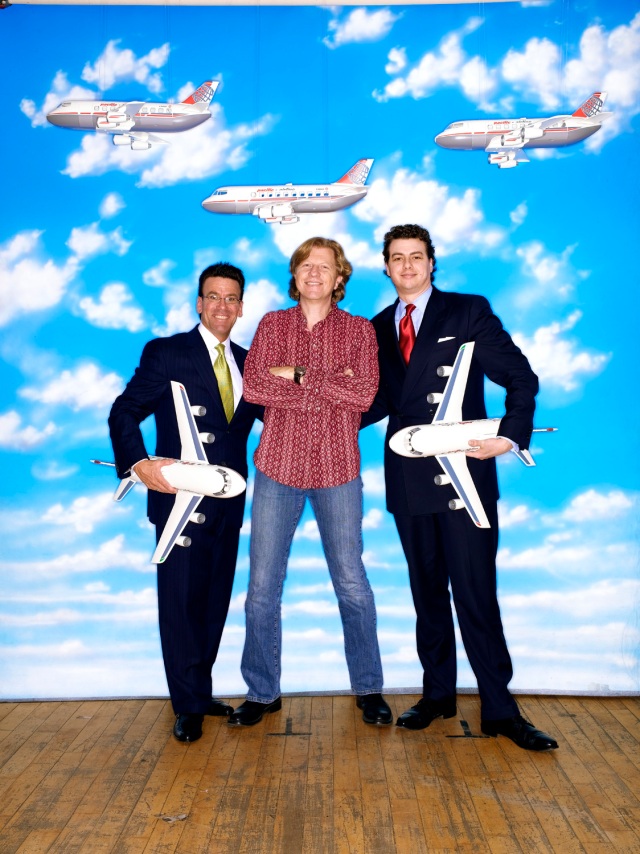