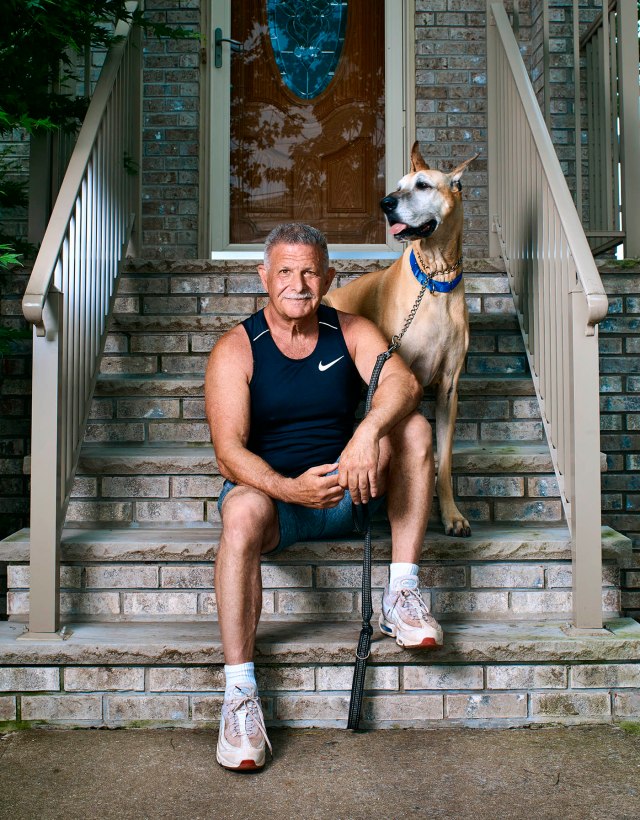 I’ve been working with Uber-Designer Patrick Mitchell and Nicole Dyer from NYU Langone Medical Center for quite a while and when I get the call to photograph one of their patients, I can usually be sure the day will be something we haven’t had to tackle before. This was the case when Nicole asked me to shoot Artie Zuckerman, a retired NYC Cop who was treated for prostate cancer at the Perlmutter Cancer Center. So Kaz and I loaded up the van and headed over the Verrazzano Bridge to Staten Island…..

I immediately fell in love with the suburban image of Artie’s front porch…let’s get to work! 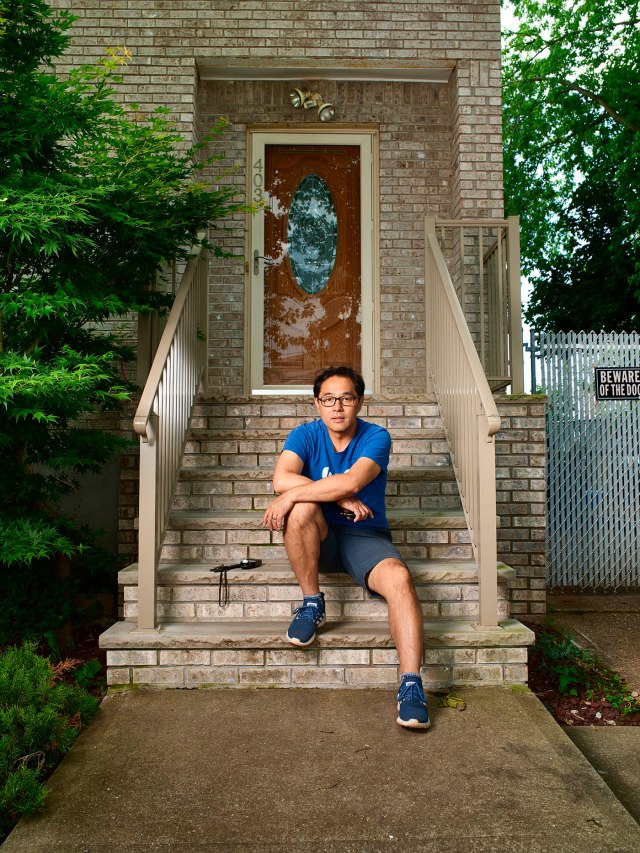 But what really got me excited about the steps was I knew I wanted to shoot Artie with his puppies…his three really, really big puppies! 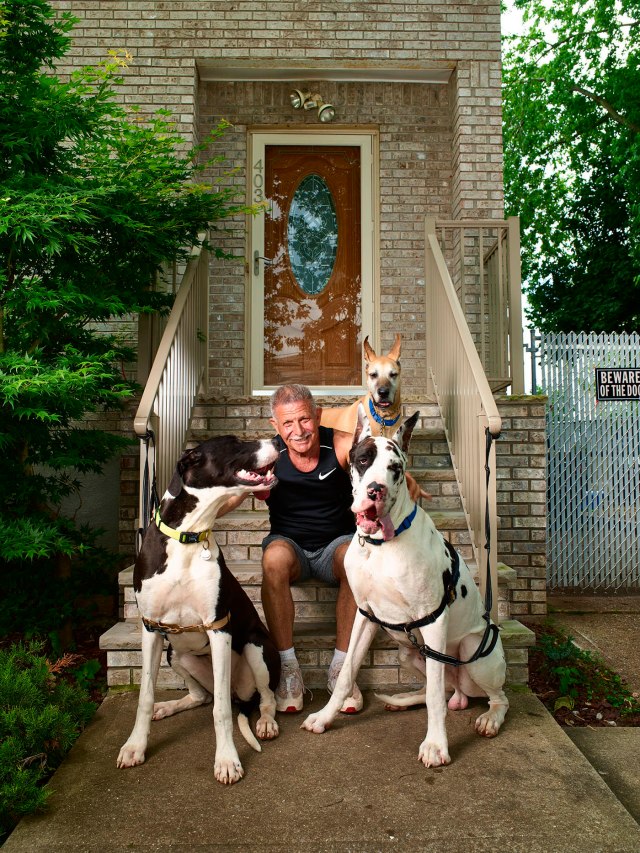 Now if you think wrangling three rambunctious Great Danes is easy, lemme burst your bubble and assure you it is not. After more than half an hour of trying for one frame where everything came together, I’m happy to report that we got just ONE… 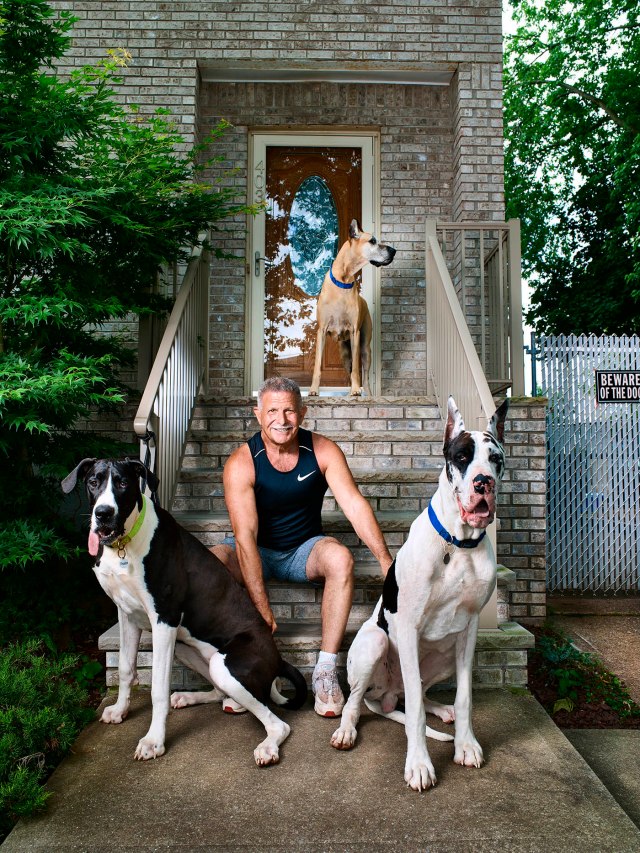 With the pooch portrait in the bag, we needed to get another setup for the story. At 68, Artie has a 31-inch waist, a 46-inch chest, and can knock out 20 chin-ups…so we wanted to show how fit he was after his successful treatment. He suggested going to the beach where he does his daily run with the dogs… 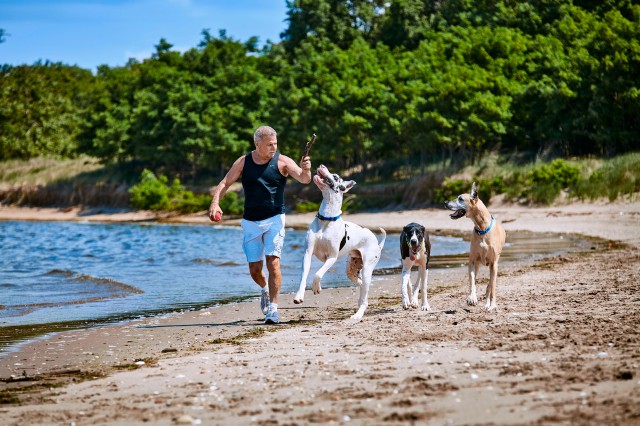 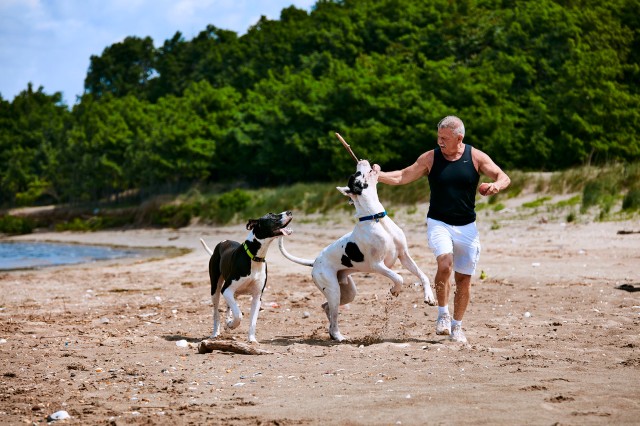 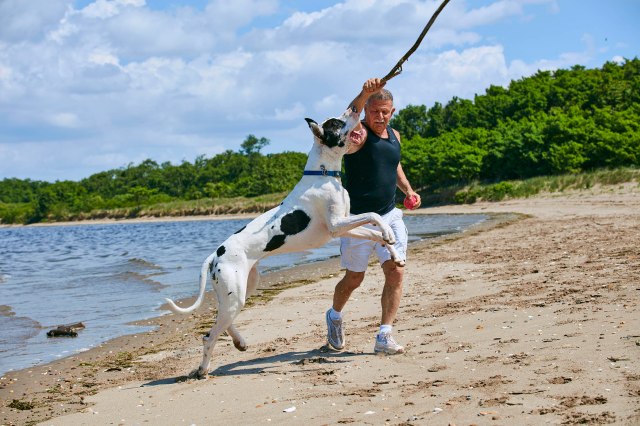 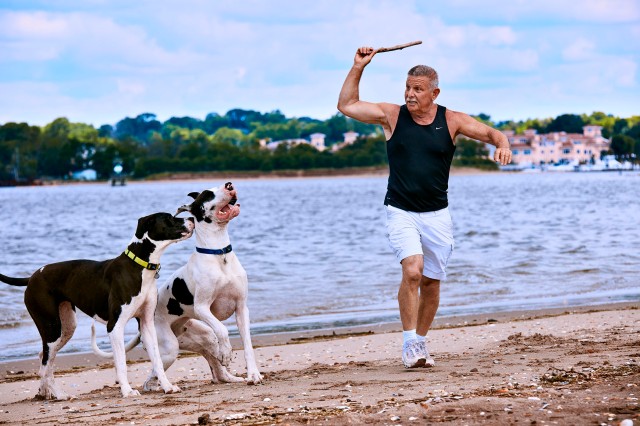 You can read Artie’s story here on the NYU Langone site. 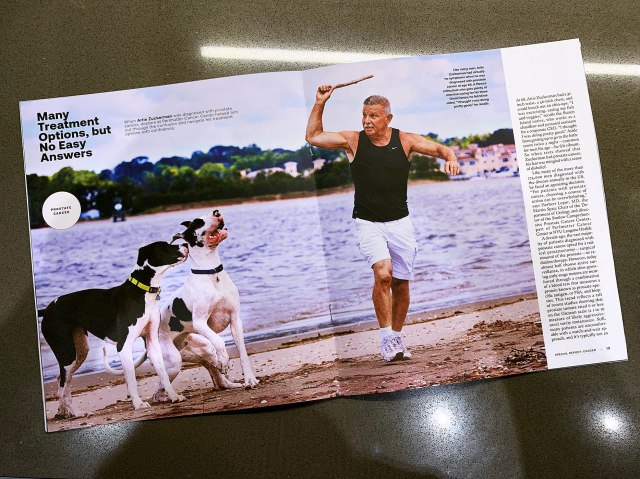 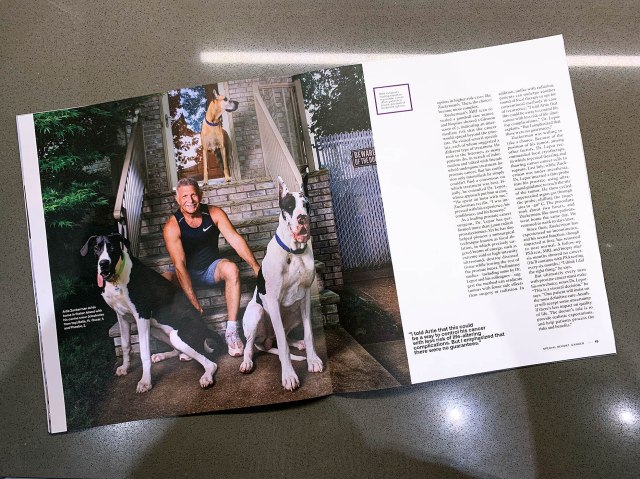 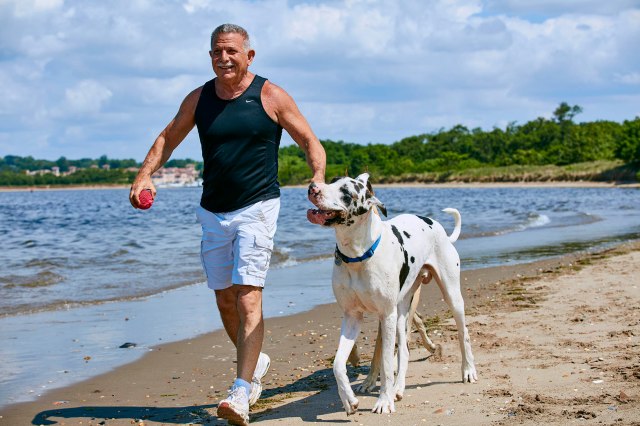